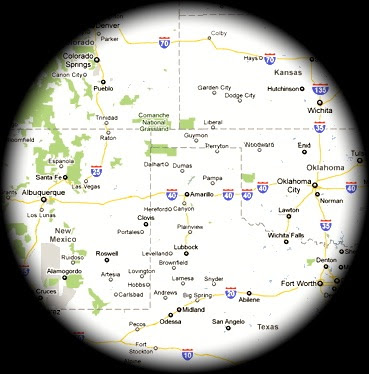 I've been on a brief hiatus from the extremely active ministry that I've been involved in for over 30 years. I have continued to minister, and lives have been touched, refreshed, renewed, and transformed. Repeatedly I've been told that I need to get back to reaching the masses. My response has been that I have simply been waiting for the Lord to say, "Now is the time to step out."
I believe that this hiatus was ordained of God, and in this hiatus, God has refreshed me, and taken me into a fresh understanding of His grace, mercy, and righteousness. He's called me to the nations. He told me years ago that if my vision was not to reach all the world, then my vision was not His vision. ("Go therefore and make disciples of all the nations," Matthew 28:19a; "Go into all the world and preach the gospel to all creation." Mark 16:15) I've continually had invitations to minister across the country and around the world. I've not been released to go ... until NOW!
I appreciate all of you who have been such an encouragement to me. God is about to do some great and mighty things through this ministry. It's like fire shut up in my bones. Those of you who have been such an encouragement, and many others who have been touched through the website, or personal ministry, I'm going to ask you to speak out. Spread the word about the website, talk to your pastors about inviting me to speak at a service, or even a seminar (3-5 days). If you've been touched by God through this ministry, others can be touched as well, and by doing your part, you will be part of the rewards as others are touched, renewed, refreshed, transformed, saved, healed, and delivered.
As I mentioned before ... God has called me, not only to reach the U.S., but He has called me to reach the nations. Having said that, I believe, there is an immediate focus that I'll be concentrating on for the next several months, at least. That's not to say that we will not be accepting invitations anywhere else, it only means what it means ... we will be concentrating our focus on the area shown in the image above.
It's time to get the word out. I'm excited about the opportunities before me. Please keep me, and this ministry, in your prayers.
May God bless each of you abundantly, and make you a blessing to others,
Bishop Dennis Davis
Posted by Bishop Dennis Davis at 2:17 AM